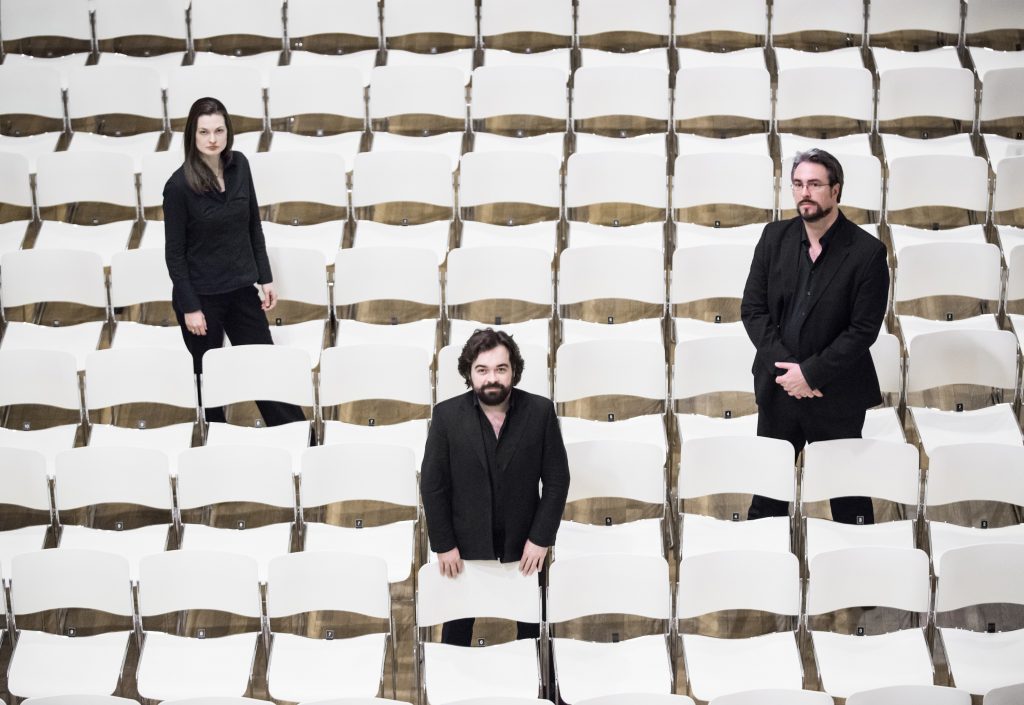 Pianist Thomas Hoppe, violinist Annette von Hehn and cellist Stefan Heinemeyer have been conquering the world’s major concert series together since 2003. Around the globe, the ATOS Trio is hailed by audiences and met with critical acclaim. From winning the Kalichstein-Laredo-Robinson International Trio Award, the gold-standard prize for trios in the US, to a prestigious recognition as “New Generation Artists” by the BBC. From prizes in London, Graz and Melbourne to concerts in all the major festivals and venues from Oceania to Carnegie Hall. The ATOS Trio pushes expression and dynamics to the limits, with its incredibly distinctive, warmly expressive and extremely unified trio sound, far beyond the comfortable, familiar, and expected.

“They were Austrians in Haydn, Czechs in Dvorak, and Russians in Shostakovich.”
O Estado de Sao Paulo, Brazil

At great venues such as London’s Wigmore Hall, Concertgebouw in Amsterdam, the Teatro Colon in Buenos Aires, the Sala Sao Paulo, Carnegie Hall or the Berlin Philharmonic; at festivals such as City of London, Cheltenham, Budapest Spring Festival and Gilmore Michigan; in performances at the Schleswig-Holstein Music Festival, the Rheingau Music Festival, the Festspiele Mecklenburg-Vorpommern, or the Ludwigsburger Schlossfestspiele.

On enthusiastically received CD recordings of classical and romantic repertoire (Beethoven, Brahms, Schubert, Schumann, Mendelssohn); in complete premiere recordings of Heinrich von Herzogenberg and Josef Suk; and most recently in a celebration of French, Russian and Czech music (The French album, The Russian Album, The Czech Album). Their total dedication to the music, the joy, the almost magically differentiated interpretation set new standards.

“… One of the elite Piano Trios playing before the public today.”
The Washington Post, USA