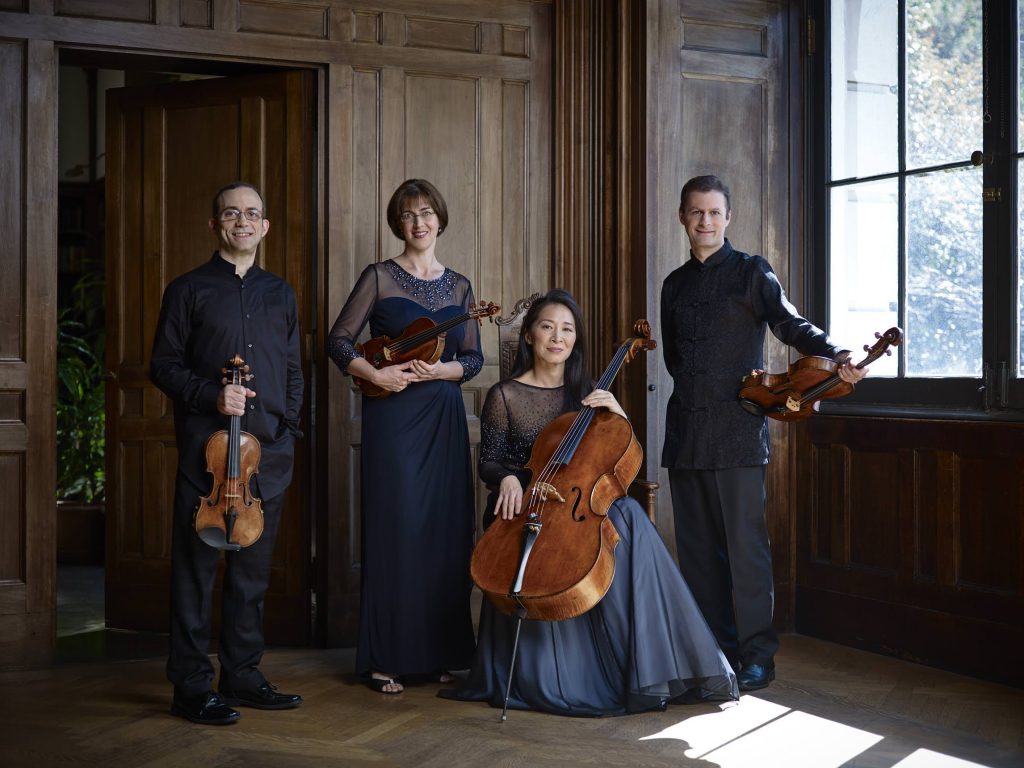 Since its inception in 1992, the Brentano String Quartet has appeared throughout the world to popular and critical acclaim. “Passionate, uninhibited and spellbinding,” raves the London Independent; the New York Times extols its“luxuriously warm sound [and] yearning lyricism.”

Since 2014, the Brentano Quartet has served as Artists in Residence at Yale University. The Quartet also currently serves as the collaborative ensemble for the Van Cliburn International Piano Competition.

Formerly, they were Artists in Residence at Princeton University for many years.

The Quartet has performed in the world’s most prestigious venues, including Carnegie Hall and Alice Tully Hall in NewYork; the Library of Congress in Washington; the Concertgebouw in Amsterdam; the Konzerthaus in Vienna; SuntoryHall in Tokyo; and the Sydney Opera House. The Quartet had its first European tour in 1997 and was honored in the U.K.with the Royal Philharmonic Award for Most Outstanding Debut.

In addition to their interest in performing very old music, the Brentano Quartet frequently collaborates with contemporary composers. Recent commissions include a piano quintet by Vijay Iyer, a work by Eric Moe (with Christine Brandes,soprano), and a viola quintet by Felipe Lara (performed with violist Hsin- Yun Huang). In 2012, the Quartet provided the  central music (Beethoven Opus 131) for the critically- acclaimed independent film A Late Quartet.

The quartet has worked closely with other important composers of our time, among them Elliot Carter, Charles Wuorinen, Chou Wen-chung, Bruce Adolphe, and György Kurtág. The Quartet has also been privileged to collaboratewith such artists as soprano Jessye Norman and pianists Richard Goode, Jonathan Biss, and Mitsuko Uchida.

The Quartet is named for Antonie Brentano, whom many scholars consider to be Beethoven’s “Immortal Beloved”, the intended recipient of his famous love confession.