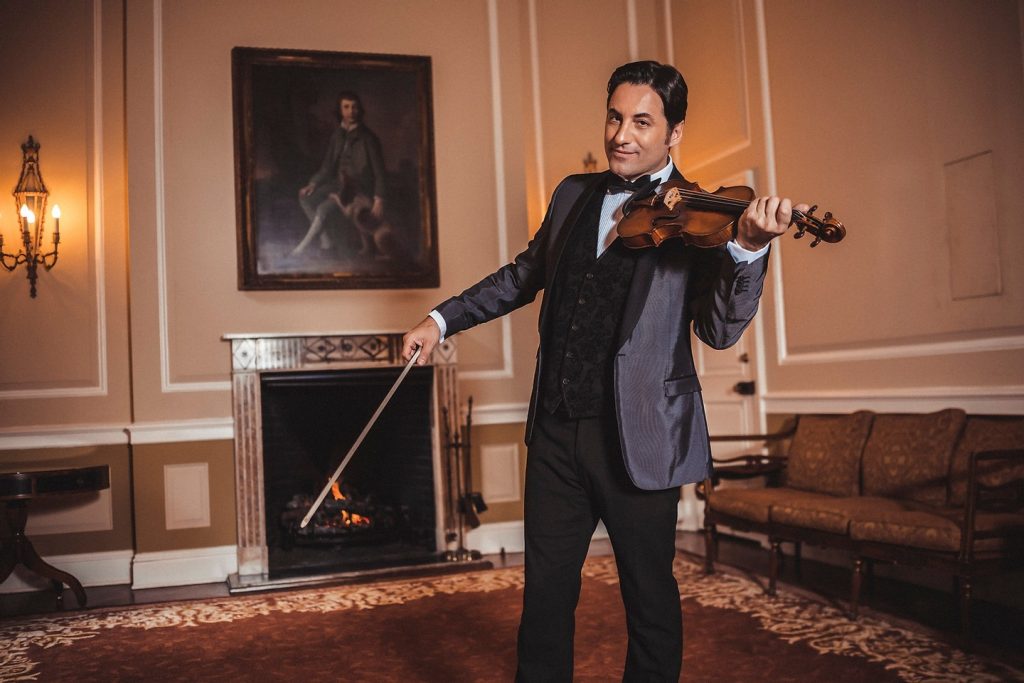 Many know the legendary Charlie Chaplin as a great comedian and filmmaker but not so many are aware of his gifts as a very talented musician and composer.

Chaplin composed the soundtrack music to his hits “City Lights, “Modern Times”, “The Great Dictator”, “Monsieur Verdoux” and “Gold Rush. He even conducted the orchestra himself during recordings because he felt that this was an integral part of his artistry as a filmmaker.

Grammy Award nominee violinist Philippe Quint celebrates Charlie Chaplin’s extraordinary legacy, commemorating his compositional talents and his encounters with the great composers and personalities of the day. A multimedia performance experience with music from some of Chaplin’s most famous movies includes photographs, videoclips, stories and musical performances.

The program will be presented for an audience of limited size in Caruth Auditorium at SMU but will also be live streamed through SMU’s streaming portal. More details on streaming, ticketing and safety measures coming soon.

In addition to the multimedia concert, Quint and Aznavoorian will present a mini-residency for students of the Greater Dallas Youth Orchestra on Sunday, October 11 and music students at SMU on Monday, October 12. The residency will include Q&A sessions centered on music careers in the modern world, coachings, and a masterclass.

Philippe Quint is constantly in demand and regularly appears with major orchestras and conductors worldwide at venues ranging from the Gewandhaus in Leipzig to Carnegie Hall in New York, while making frequent guest appearances at the most prestigious festivals including Verbier, Aspen, Colmar, Hollywood Bowl and Dresden Festspiele. He is internationally recognized for his unique and insightful approach to standard repertoire, championing and rediscovering neglected repertoire and embarking on imaginative, exciting journeys of explorations and collaborations with artists of different genres. “Truly phenomenal” is how BBC Music Magazine recently described him, also adding that “Quint’s tonal opulence, generously inflected with subtle portamentos, sounds like a throwback to the glory days of Fritz Kreisler.”

Multi-Grammy nominated artist, Marta Aznavoorian, has performed to critical acclaim throughout the world as orchestral soloist, recitalist, chamber musician and educator. A Chicago native, she has performed in her hometowns most prestigious venues and tours extensively throughout the world. She made her professional debut at the age of 13 performing Mozart Piano Concerto No 24 in C minor K.491 with the Chicago Symphony Orchestra at Symphony Center in four concerts of their series.  She has won over audiences appearing as soloist with orchestras internationally including the Sydney Symphony Orchestra, the Sydney Conservatory Orchestra, San Angelo Symphony, San Diego Symphony, and the New World Symphony which resulted from a personal invitation from Michael Tilson Thomas who also was her conductor.

Note: Tickets sales for in-person tickets are now closed. Live Stream tickets are still available by clicking the link below.